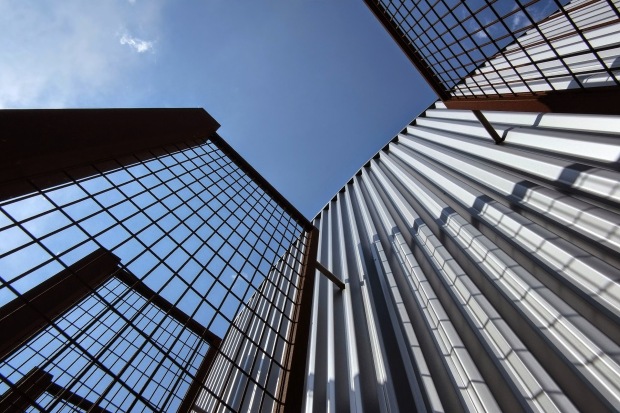 “Sir, nag-aapply ka? Hiring kami! One-day process lang ‘to. May signing bonus pa.” The young woman in casual t-shirt and jeans kept abreast with Julio as he walked toward the entrance of the mall, where his new office is located. He glanced at her ID card attached to a wide lace around her neck. Her name was Athena. Her position was field recruiter. Her employment status was tempo, short for temporary, a variation of contractual or non-regular.

Julio smiled at her and politely declined the flyer that was being handed to him. “Try mo lang Sir!” He heard her insist as he passed through the security check point.

Julio looked at his reflection on the glass walls of a surplus store and asked himself, “Do I still look like an applicant?” He compared his appearance with other corporate employees who were now in haste to the train station before the rush hour turns to a waking nightmare. “No, I don’t,” he shook his head, “I no longer carry an envelope that contained several sets of my three-page resume’. I now have a job…finally.”

(Related Story: Right Here Waiting – Lessons I Learned During My 68 Days of Unemployment)

Yes, Julio finally found a job after several failures that he chiefly attributed to an overly emotional approach to making decisions. Actually, it was his third day at work. He looked back and saw that Athena was still offering a handful of flyers to passers by and probably saying the same automatic, enticing words.

Julio recalled a former teammate, who comes to work everyday and complains about the many aspects of his job that he dislikes. Does he work to live? He did not think so. His work has become a habit of mere survival and such observation was a clear indication of job dissatisfaction, a situation that is common in various BPO settings. Julio was not an exemption.

In the past six years, Julio had tried to be a good employee in the companies he belonged to. He worked diligently to contribute to the success of the organization by properly doing his responsibilities within his own sphere of work. He also demonstrated willingness to be part of some haphazard or well-planned operational changes. But certain points came when he often asked others, and particularly himself, if they like what they were doing each day. He would normally receive a sigh, a shrug, a straightforward “No, but do I have a choice?”, and a lethargic “Okay lang.”

In the Philippines, what makes BPO jobs attractive is their wide availability and above-industry compensation that they offer, even to fresh graduates and inexperienced candidates.

According to Information Technology and Business Process Association of the Philippines (IBPAP), “the industry is aiming to grow its workforce to 1.2 million this year after jobs climbed to 1.03 million in 2014 from 900,000 in the previous year. The target headcount translates to another 170,000 jobs (InterAksyon, Mar 18, 2015).” Furthermore, the JobStreet.com Annual Salary Report 2015 cited three BPO specializations (Technical/Help Desk Support, Telesales/Telemarketing, Customer Service) in the top ten list of specializations with great salary for junior executives, with salary ranging from 23,000 to 25,000 pesos.

But as times went by, Julio realized that a satisfying job goes beyond the appealing, tangible compensation package that is common in the BPO industry. What makes Julio (or probably his former colleague) fall in love and be satisfied with a job? There are a number job characteristics that he felt his previous jobs failed to cater.

A local study published in the Philippine Journal of Psychology entitled, “Antecedents of Job Satisfaction and Organizational Citizenship Behaviors Among Agency-Hired Blue-Collar Contractual Workers in the Philippines (Lomoya, Pingol, and Teng-Calleja, 2015),” concluded that job characteristics are significant predictors of job satisfaction. Jobs that “allow employees to use a variety of skills, give them control from the beginning until the completion of work, encourage them to decide on how to go about the task, provide them with performance feedback, and most of all, allow them to see the impact of their work on others” are considered highly desirable and elicit positive attitudes like job satisfaction. These findings are consistent with the previous study conducted by Slattery et al. (2010).

Julio felt that the same pattern holds true in the BPO. He had been in a sedentary job that requires him to be seated from beginning to end of the shift, be on a Platronics headset, and answer queueing calls or respond to emails for eight hours (or more). He had also performed a job whose interactions are based on canned responses and inflexible transactional guidelines. There are also other aspects of working in the BPO that Julio felt unhappy about, but he chose to keep them to himself due to the fear of offending several people or certain culture.

The challenge is for the management to conduct temperature checks, act on the engagement levels of the employees, and creatively redesign the jobs in an interesting fashion to incorporate core attributes that significantly influence job satisfaction.

Julio peered on his smartphone screen to check the time. Thirty minutes was remaining before his shift starts. In a world that indulges itself in earthly things that can be availed unlimited, time seems to be the only thing that is left limited, Julio thought. He might as well spend it in doing something that he will enjoy and that will give him long-term happiness. After all, life is about making choices.

“I chose to live. I need to be more responsible, more mature. I need to take charge of my own career. I need to be wiser in choosing the people I want to be with, those who are worthy to have me. My life will never be the same again. I lost so many battles because I was meant to win a war.” Julio held these thoughts as he pressed the lift to the sixth floor of the office. The important thing now is that he has found a new beginning.

A good friend of him used to say, “Kung saan ka nadapa, doon ka bumangon.” Now, he does not see the point of going back.

Moving on is not done in parts, he realized.

Have you been to a situation where you were challenged to get out of your comfort zone? Perhaps, a sudden detour in your career path or a dramatic change in your routine? Share the joys and pains of your #MovingOn in the comments section below or tweet your story to @jaysonsnts.