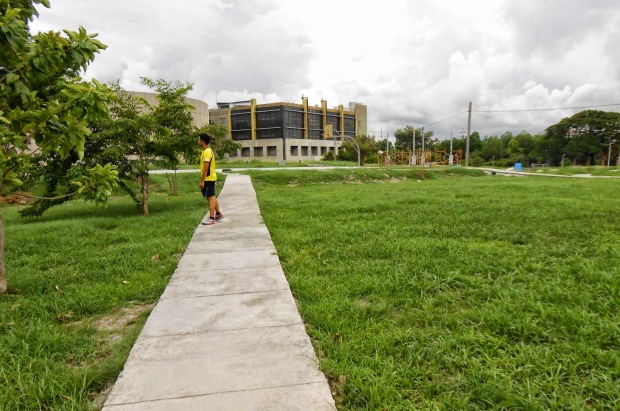 It was still dark when I opened my eyes. I blinked a few times then my sight followed the sound of the ticking clock. It was four o’clock in the morning.

Earlier in my dream, I saw a vision of myself standing behind the finish line. Not the mien of my age, but that of someone in his fifties. On his face was a youthful smile and his body boasted of full vitality. His arms were open as if urging me to come closer.

Now, there was a little voice inside my head asking me to get up, go out, and run. The voice’s tone was commanding. I remained still. There was hesitation. The soft voice grew louder. I shut my eyes tightly and pressed my hands against my ears to suppress this voice. But my efforts failed, the voice just gained strength the more I ignored it. It reverberated  on every lobe of my brain. I yielded! And decided it was time to step out of my tiny world of introspection.

My running shoes felt as if I was wearing them for the first time. I was not surprised for they have been kept, unused, in a box at the corner of my room since the last time I ran – four months ago.

I took a short ride and walked my way to Track 30th. I was careful of my every step for I knew it would not be as easy as it used to be. The squared pavements seemed hard to reach and every step took a considerable effort. Slowly, the walk became jog, and the latter transitioned to a run. The track felt strange under my soles. It was hard, unfriendly. There was the tightening in my chest, a developing pain in my side, and the shortening of air in my lungs. I stepped back to a time when I was just starting to run. It was really hard to start all over again.

But there is no turning back! God has given me a second opportunity to run. This and the coming days shall be a preparation for a great event that I will be conquering in February next year.  I have to prove that I am worthy of this second chance. As I slow down on my pace, I realized that this chance is a gift from heaven for I decided to rebuild my cross and follow the path that God has laid before me.

The yesterdays were marked by trying circumstances – financial constraints, family problems, discordant relationships. I retreated to my shell and built a wall around me. But the mighty God was so kind that he broke this wall and gave me strength to start again.

Like Elijah who was given a cake baked on coals and jar of water for he has to “arise and eat, because the journey is too great for him (1 Kings 19:7 NKJV),” I was healed by the provisions of the Lord.

As the sun showered its light, the green grasses rejoiced with a golden glow on what used to be a bare earth in summer days. The night has passed and a new morning has broken. There is always a reason to celebrate. Today is the day that the Lord has made!